Siril Malmedal Hauge and Alf Hulbækmo started playing together in 2011. They studied together at the jazzdepartement in Trondheim, Norway. The duo has performed a lot in Norway, but also abroad at concerts at festivals, clubs and cafes, even though the lyrics are in Norwegian. Former Frank Zappa keyboardist Tommy Mars described the music as "original and brave" after hearing the duo at the Molde Jazz Festival summer 2014.

In 2016 they released their debut album "Jeg Går og Drømmer" at Athletic Sound Recordings. This album is inspired by the poems of Norwegian poet Nils Yttri (1947-1980) from Drammen. He was a visual artist and lyricist who managed to release two poetry collections before he died 33 years old. Nils Yttri is unknown to many, but has been praised by other Norwegian lyricist like Lars Saabye Christensen and Jan Erik Vold, and is honored by several authors.

Alf Hulbækmo has written melodies on Yttri's poetry. These, and some original material by the duo, are performed with the beautiful freedom that occurs in a duo made by only voice and piano; a freedom that give them space to play! The poems has free shapes and uses figuratively images that takes the compositions in many exciting directions; Here we meet gatehunden, bokseren og løvetannen. Og blyantspisseren som får en tykk klump i halsen sin hver gang den utfører en rutineoperasjon...
All lyrics in Norwegian.

The also toured some years for "Den Kulturelle Skolesekken" with the performance "Siril & Alf: EN ER EN OG TO ER TO" for high school and  secondary school - students, where they have made music of  some of the traditional Norwegian poetry, and where they also make music over the poems that the students have made.

These days Alf Hulbækmo plays the piano and composes, and currently works as an organ player at Vågå church. Their last concert was at Portåsen in 2022, on the marking of the fact that the poet Nils Yttri would have turned 75 this year. They played a duo concert over his poems, after the authors Lars Saabye Christensen and Kristian Klausen's discussion and conversation with Trine Beate Bye about Yttri's poetry. 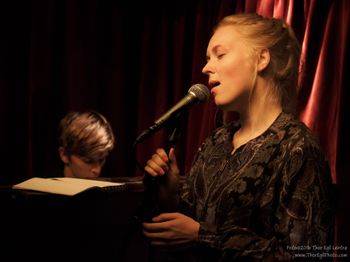 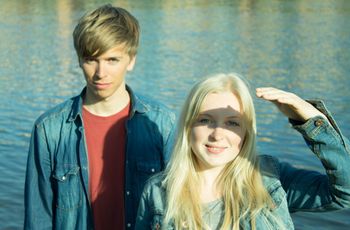 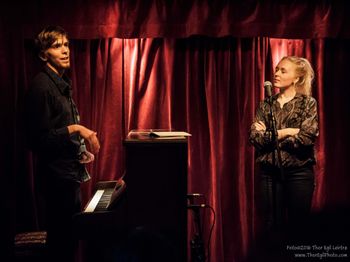